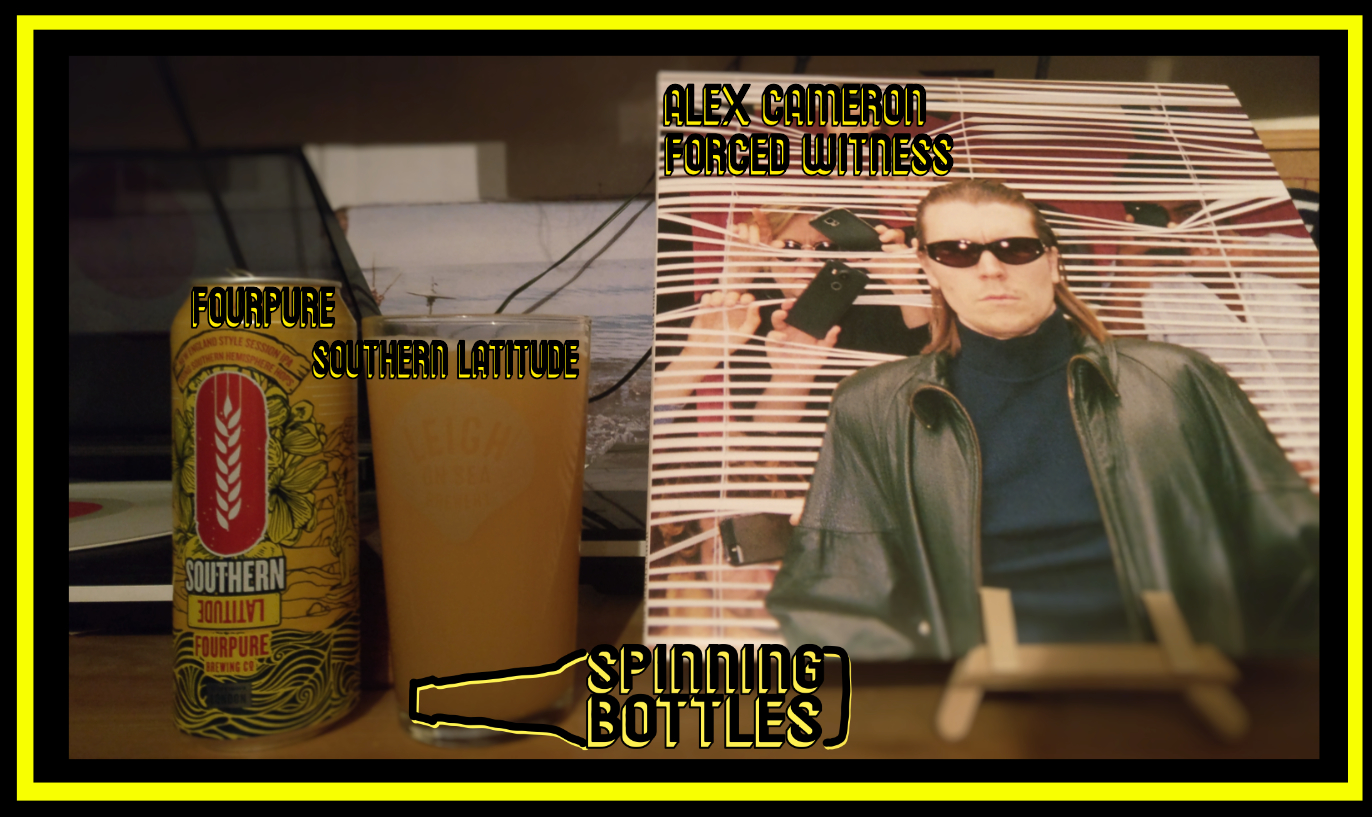 A couple of years ago, I worked a few days in my local record shop, lending a hand while other staff were away. Pete, Fives Records’ long-standing owner, asked me to choose a record from the recent arrivals to play. Sifting through them, feeling as though I had peaked, picking the music to play in a record shop, I came across a familiar name: Alex Cameron. I’d had a few tracks from his first record under his name “Jumping the Shark” on my Spotify playlist for a while and determined that 2017’s “Forced Witness” would be a stellar option. Luckily, the speakers were fairly quiet that day and the shop’s business was similar. Having merely overheard a minor “shit” once or twice, I went home largely in the dark as to the contents of the record I’d played in front of the Wednesday regulars collecting their specially ordered 50s nostalgia compilations.

Tonight, spinning the copy of Forced Witness that I received as payment for that day’s work, I’ve picked out a very drinkable “New England style Session IPA,” which from my limited knowledge of beer terminology, means it’s a “hazy pale ale.”

Now, despite the blog being titled Spinning Bottles, this first choice is rather disappointingly presented in a can, albeit a beautifully designed can. A can which, also rather disappointingly, feels the need to share with me the calorie contents – something that, since beginning my path to an inevitable middle-aged spread with beer, I’ve noticed many brewers seem to do. No more can I believe that delicious intoxicating liquid can’t possibly add to my burgeoning gut.

Brewing out of Bermondsey, South East London, Fourpure offer a wide variety of beers, each seemingly inspired by various locations, cultures and non-sequiturs. Fourpure seem to excel not only in good beer, but also in their marketing strategies.

This evening’s select, Southern Latitude IPA, “inspired by long hot summers,” offers a light, refreshing almost fruity taste. Pouring it from its incredibly artsy can, I’m presented with a colour that in any context other than beer may well be cause for concern. Gently bubbling beneath a medium head is a liquid with colour comparable to that of a confiscated can of energy drink or a worryingly dehydrated urine sample, but one that very much suits both its housing and its flavour.

Much similar to Alex Cameron’s Forced Witness, Fourpure’s Southern Latitude hides something behind its sweet, fruity aroma and taste. While entirely drinkable and undeniably tasty, the drink constantly strives to remind you of your beer loving manhood with a medium bitter aftertaste, complimented by tones of grapefruit twisted up somewhere in the cacophony of other citrus fruits.

In line with that, at times on Forced Witness, you’d be forgiven for thinking you were listening to a Killers song (something not entirely coincidental considering Brandon Flowers features on the album’s closer “Politics of Love.”)

However, and this is where that opening story becomes relevant; the stories and characters that Cameron writes from the perspective of are often far from those of the happy, radio ready produce that incessantly makes its way into our heads.

The Australian tells tales from reluctant online grooming to a testosterone fuelled internet troll to the story of a man so tangled up in an online love affair that he couldn’t care less if the target of their adoration turned out to be “some Nigerian guy.” This is what I find so mesmerizing about Forced Witness, the fact that, I’ll often find myself at work walking around singing:

“I’m waiting for my lover,

“Tell that little faggot call me

(Not a quote from the deceased actor.)

Alex Cameron’s song-writing ability and his finely tuned skill of creating deeply catchy hooks is something that hasn’t gone unnoticed by those in the industry, with his work complete with a shining endorsement from none other than Henry Rollins and a plethora of positive reviews including a “strong 8 to a light 9” from the internet’s very own Anthony Fantano (who also conducted a fantastic interview with Alex and his business partner Roy Molloy which is certainly worth a watch.)

Most of this album, much like Southern Latitude, would suit any sunny summer’s day. Its driving, almost feel good instrumentals, complete with Roy Molloy’s saxophone are enough to lift even the lowest of moods, while Cameron’s lyrics and matching vocals will have you laughing and at times completely entranced. More serious tracks, such as Stranger’s Kiss (featuring Angel Olsen) and Candy May could easily mingle among some of the most serious love songs out there but, attached still, are Alex Cameron’s wonderfully sombre yet humorous lyrics.

So, in hindsight, now that I know most of this album’s lyrics by heart… I probably wouldn’t play it across a shop’s speaker system on a quiet winter Wednesday again… But God, is it good.

An Alex Cameron track (though I implore you to listen to the entire thing):